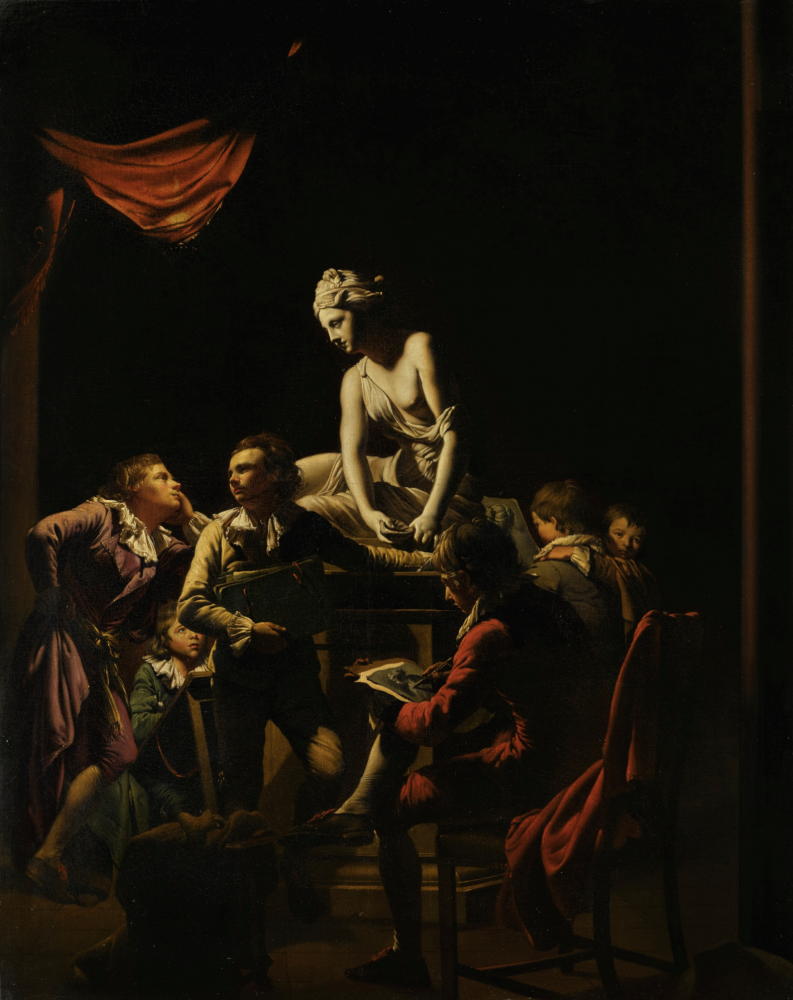 After the extraordinary price achieved by the Salvator Mundi in a Post-War Evening sale one wondered whether conventional Old Masters would fare so well in a conventional Old Masters sale. The Leonardo story was still dominating the art news last week with conflicting accounts as to who actually bought it, even though it is now clear that the painting will be going to the Middle East. The December sales often have less to offer than their July counterpart and this year was no exception. However, both houses had paintings of real interest and these generated competitive bidding.

The Old Master sales showed a significant improvement on thise last year, totaling an increased volume of just over 75% year on year. Nicholas Hall was active, bidding on the Cranach Lucretia for a client, the Spranger, and buying a beautiful oil sketch by Landseer. Here are our observations:

Exceptional paintings aways make the top prices. It really is a ‘Masterpiece Market’. For Sotheby’s, the highpoint (and the top lot of the week) was the Wright of Derby Academy by Lamplight (fig. 1), one of the last nocturnal paintings by this remarkable British Enlightenment artist in private hands. It sold, underbid by a New York dealer, acting for a client, to Sotheby’s director Andrew Fletcher on the phone for £7,263,700, well above its resale estimate of £2,500,000–£3,500,000. At Christie’s, a magnificent canvas by Spranger (fig. 2), recently restituted but originally probably painted for Emperor Rudolph of Prague sold for £3,368,750 against a conservative estimate of £400,00–£600,000. There were questions about the condition and this was clearly a painting which would require sensitive conservation by the new owner. But that did not deter the two dealers who underbid it and the Belgian collector who eventually bought it. 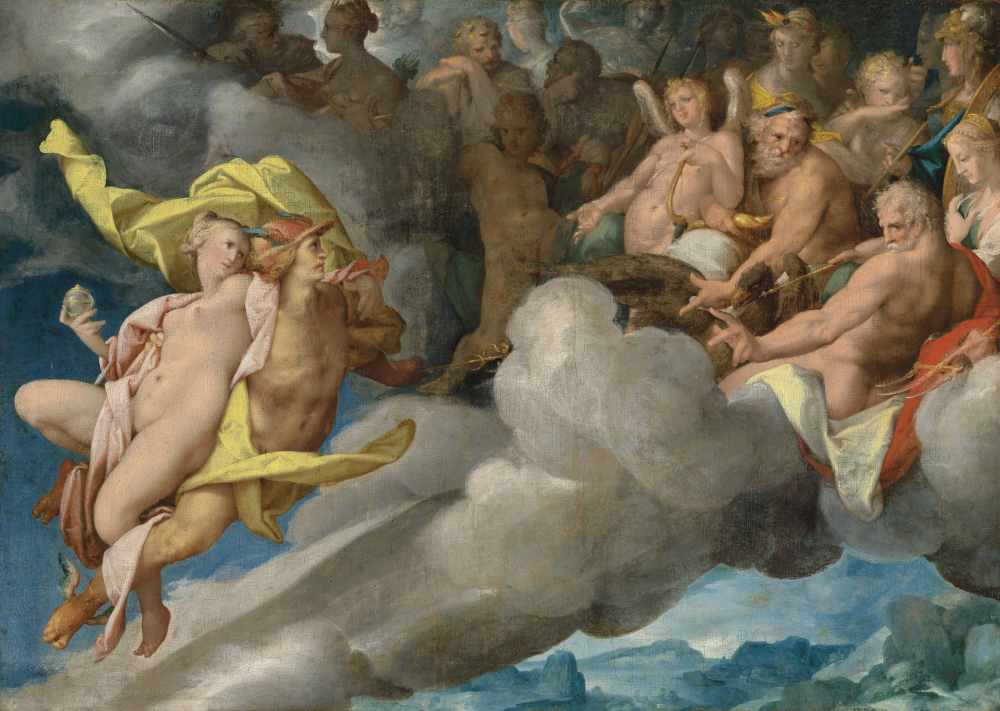 The vogue for Flemish painting continues unabated. An impressive Elegant Company by David Teniers sold at Sotheby’s for £1,569,000, above the high end of the estimate. At Christie’s, a painting by the same artist sold to a Chinese collector, one of only two paintings obviously bought by a Chinese collector this week. A Monkey painting by Teniers sold at Christie’s for over eight times its low estimate and perhaps the success of the Spranger (fig. 2) had something to do with him being born in Antwerp.

Fresh paintings with tempting estimates will always sell. This was especially evident at Christie’s where the offerings were relatively new to the market and modestly priced. Where Sotheby’s sold nearly 50% of their lots to one bidder below the low end of the estimate, Christie’s seemed to have multiple bidders on most lots. The first eleven lots all sold above the high end of the estimate. 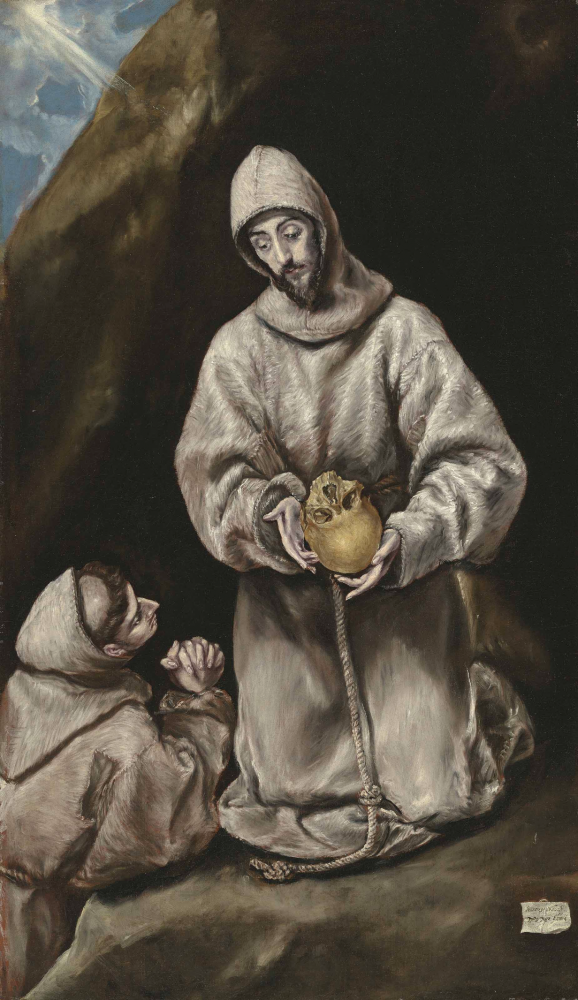 Connected to the previous observation, the trade was an active force this week. Two different dealers tried to buy the Spranger, the trade bought and underbid the Constable View of Waterloo Bridge (fig. 5) which sold for £2,289,000, French & Company bought the Jacob Ruisdael Stormy Seapiece (fig. 6) for £1,448,750, nearly five times the low estimate. Indeed, all the northern paintings at Christie’s attracted bidding from dealers. This is a very good indicator of the health of the Old Master market.

The appetite for art of the Dutch Golden Age seems to have revived. Paintings by both Salamon and Jacob van Ruisdael did well at Christie’s, as did an unprepossessing portrait of a lady by Rembrandt which generated lively bidding, selling for £3,368,750. So-called ‘old-fashioned’ pictures by Northern seventeenth-century artists like Backhuysen, Teniers (Flemish), Breenberg, and Van Delen (also Flemish) all attracted highly strong competition from a healthy mixture of the trade and private collectors.

Conversely, the market seems to have tired of View Paintings. Perfectly good examples by Bellotto, Panini and Vanvitelli all struggled to sell and made a fraction of what they would have sold for five years ago. This was also the case in July. In part this was because some offerings were known to the market. Familiarity proved a stumbling block across the board: a group of early Italian and Northern panels, many of which had been offered unsuccessfully with far higher estimates at Christie’s in New York in 2014 either failed to sell or sold well below the low estimate at Sotheby’s this month.