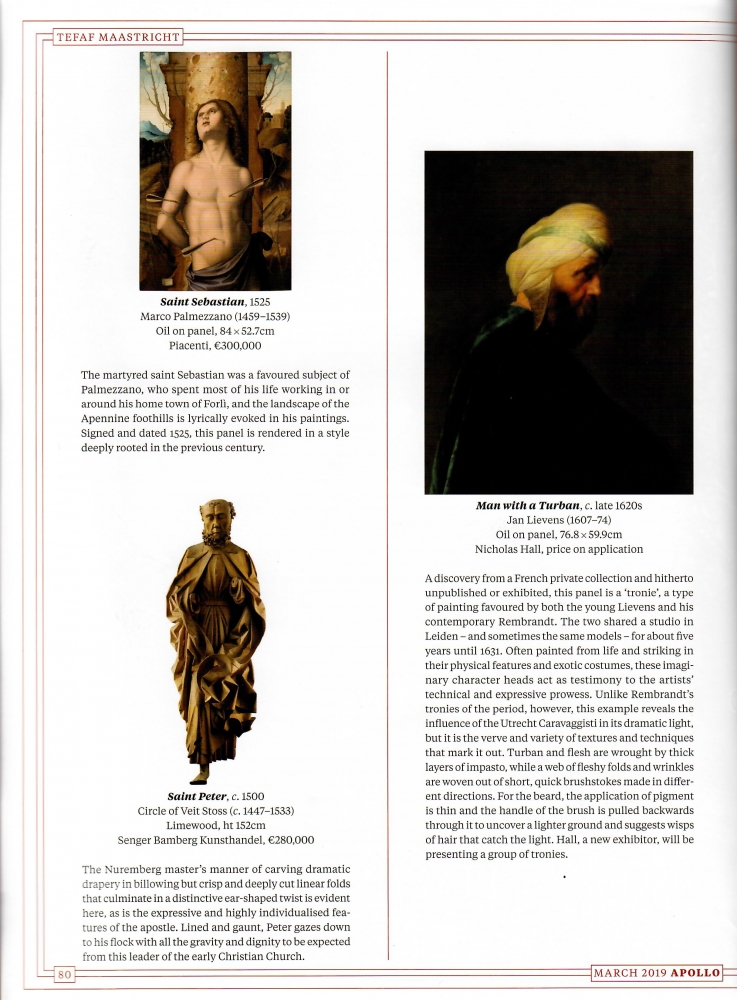 A discovery from a French private collection and hitherto unpublished or exhibited, this panel is a 'tronie', a type of painting favoured by both the young Lievens and his contemporary Rembrandt. The two shared a studio in Leiden - and sometimes the same models - for about five years until 1631. Often painted from life and striking in their physical features and exotic costumes, these imaginary character heads act as testimony to the artists' technical and expressive prowess. Unlike Rembrandt's tronies of the period, however, this example reveals the influence of the Utrecht Caravaggisti in its dramatic light, but it is the verde and variety of textures and techniques that mark it out. Turban and flesh are wrought by thick layers of impasto, while a web of fleshy folds and wrinkles are woven out of short, quick brushstrokes made in different directions. For the beard, the application of pigment is thin and the handle of the brush is pulled backwards through it to uncover a lighter ground and suggests wisps of hair that catch the light. Hall, a new exhibitor, will be presenting a group of tronies.