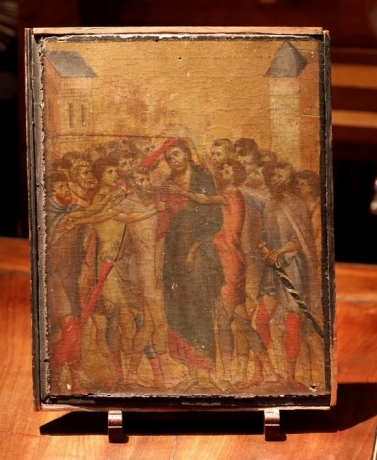 For the Old Masters world, 2019 has been a bonanza year on the museum front - there were superb monographic shows devoted to Pieter Breughel the Elder, Albrecht Dürer, Leonardo da Vinci, El Greco, Verrocchio and Rembrandt. The market was also remarkable in the sense that it saw the rare emergence of Caravaggio and Cimabue, which topped the auction record for Old Masters this year; for us it was somewhat surprising to see the fireworks repeatedly ignited not in England or the United States, but in France. 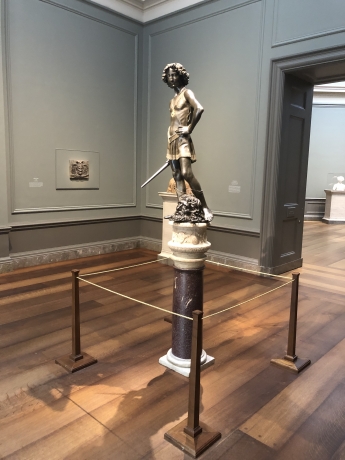 Verrocchio: Sculptor and Painter of Renaissance Florence is the first monographic exhibition in the United States of Andrea del Verrocchio, one of the most versatile and innovative artists of the Florentine Renaissance. Organized in association with the Fondazione Palazzo Strozzi and the Museo Nazionale del Bargello in Florence, this is the second leg of a comprehensive survey of Verrocchio's work that began in Florence earlier this year, although they could not be more different in content, presentation, and even attribution of certain works. 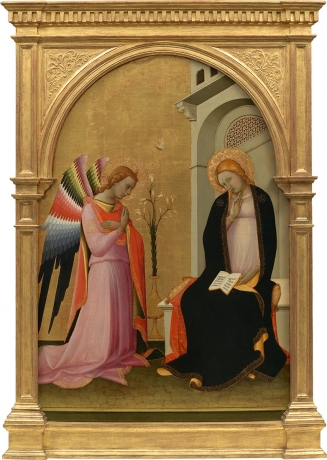 This Autumn, the Musée Jacquemart-André in Paris is presenting a major exhibition of works from the Alana colletion, one of the most prestigious private colletions of Renaissance art today. Formed over several decades by the Chillian-born collector couple Alvaro Saieh and Ana Guzmán (hence Alana, a combination of their first names), the collection is based in the United States and hitherto unseen by the general public. 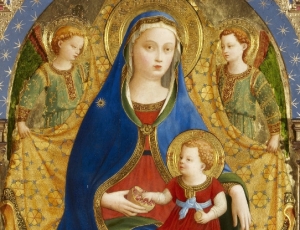 Fra Angelico and the Rise of the Florentine Renaissance

As part of the institution's bicentenary celebration, Fra Angelico and the Rise of the Florentine Renaissance is an important retrospecitve of the Florentine Renaissance master. Curated by Carl Brandon Strehlke, the exhibition focuses on the decade of 1420-30 and features highlights including the newly restored The Annunciation (1425-26) and the recent acquisition The Virgin with the Pomegranate (ca. 1426) from the museum's own collection, as well as key loans from over 40 institutions worldwide.

In this special exhibition, the Museo Nacional Thyssen-Bornemisza brings together a small group of Spanish Old Master paintings in juxtaposition with the designs by Cristóbal Balenciaga, arguably the most celebrated Spanish fashion designers of the 20th century, for which they serve as visual reference. 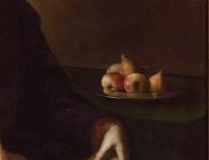 A Backward Glance: Giorgio Morandi and the Old Masters

In this major retrospective for Giorgio Morandi, one of the most innovative still life painters of the twentieth century, the Guggenheim Bilbao Museum presents a small selection of Old Master paintings to examine three strands of early influences on Morandi's works: the Spanish Golden Age, Bolognese Seicento, and Jean-Baptiste Siméon Chardin. 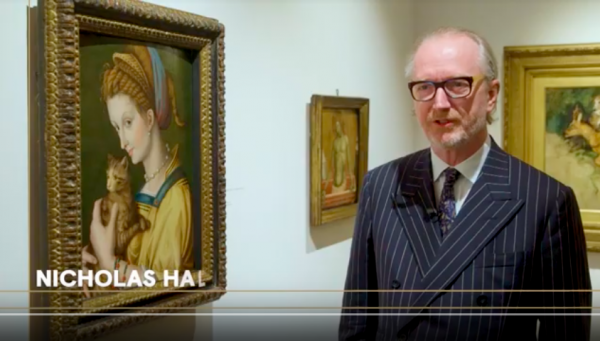 Nicholas Hall presents a fine Portrait of a Young Lady Holding a Cat, a brillantly seductive image painted by Antonio d'Ubertino Verdi, known as Bacchiacca, for the TEFAF 2019 - Meet the Expert series. 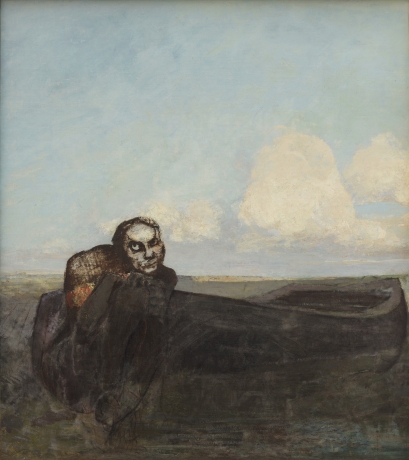 New acquisition by the MFA Boston

Congratulations to the Museum of Fine Arts, Boston for their recent acquisition of l'Ange du Destin by Odilon Redon. 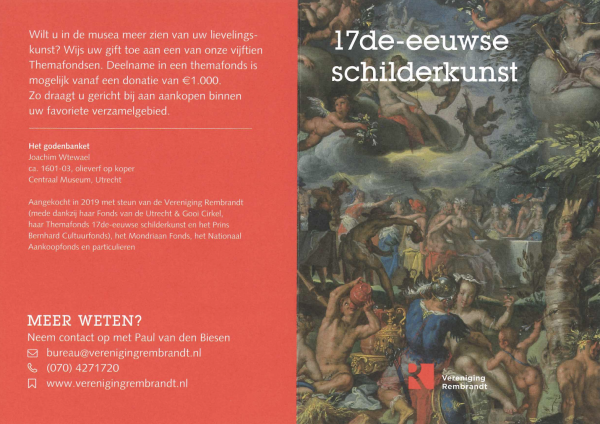 The Monogrammist I.S. Portrait of a Woman at Nicholas Hall (Stand 342) shortlisted as one of the best 17th century paintings at TEFAF Maastricht 2019 by the Rembrandt Association (Vereniging Rembrandt). The selection was made by Ann Demeester, director of the Frans Hals Museum in Haarlem. 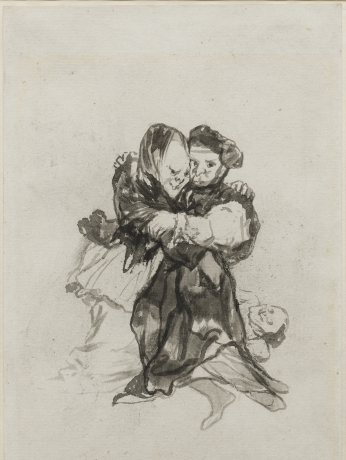 Congratulations to the Meadows Museum, Dallas for their recent acquisition of Visiones, the last drawing for Goya's album D in private hands from our exhibition Endless Enigma: Eight Centuries of Fantastic Art (Sept 13 - Oct 27, 2018). 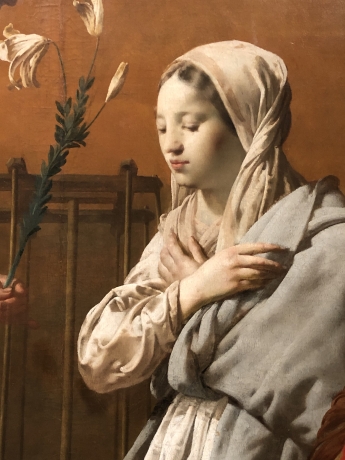 On three previous occassions - in 1952, 1986/87 and 2009 - the Utrecht Centraal Museum paid homage to the celebrated 'Dutch Caravaggists' - a group of artists who travelled to Rome in the first decades of the 17th century from Utrecht and brought back the artistic innovations of Caravaggio upon their return to their native city. The current exhibition arrives at a timely moment, following the publication of new monographs on Honthorst, ter Brugghen and Baburen, which have been long overdue. Curated by Liesbeth Helmus and Bernd Ebert of the Alte Pinakothek in Munich where it travels to in mid 2019, the exhibition is arranged according to subject matter as opposed to chronology, which allows one to see these works alongside works by their peers fom Flanders, France and Spain who were in Rome during the same period. Some less obvious artists, such as Giovanni Serodine, add subtlety to the narrative created by the selection of seventy or so paintings in the exhibition. 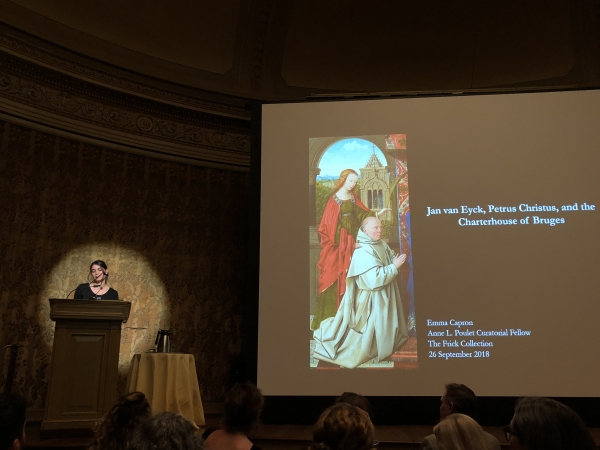 Lecture accompanying the exhibition at The Frick Collection

Lecture by Emma Capron accompanying the intimate exhibition she curated at The Frick Collection entitled The Charterhouse of Bruges: Jan van Eyck, Petrus Christus, and Jan Vos, which brought together two Early Netherlandish masterpieces commissioned by the Carthusian Monk Jan Vos for only the second time in history.