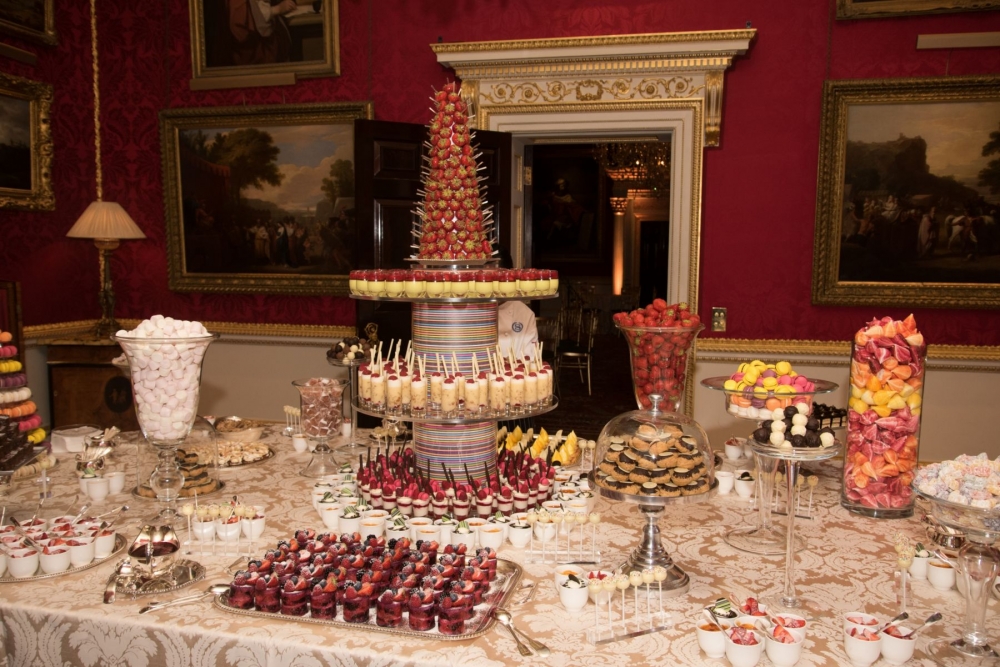 In addition to the auctions of Old Master paintings and drawings at Sotheby’s, Christie’s, and Bonham’s, there was plenty of activity in London from the trade this July. The most glamorous event of the sale week was undoubtedly Agnew’s 200th birthday party which they celebrated at Spencer House (fig. 1), not far from their current London gallery. By all accounts, it was the art party of the year, if not the decade. Agnew’s historic rival, Colnaghi, also hosted two events at their own new gallery on Bury Street, which also went on late into the morning. The dynamic Messrs. Coll and Cortes are doing everything a man can do to get young people interested in the Baroque.

Philip Hewat-Jaboor’s brainchild, the Masterpiece fair at the Chelsea Royal Hospital, continues to attract both dealers and buyers. Dickinson Roundell, among others, reported strong sales there. Agnew’s also mounted an exceptionally strong display of Pre-Raphaelite works, one of their historic strengths, when they were the Manchester-based suppliers of art to captains of industry in the nineteenth century. 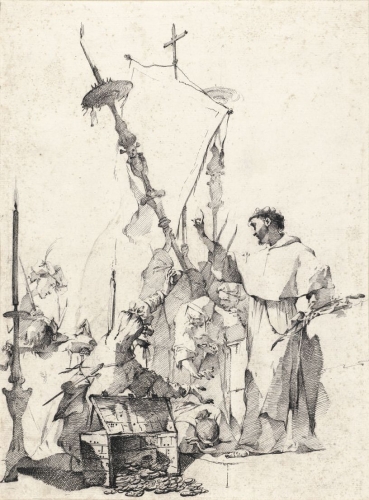 Of particular interest were the ambitious exhibitions mounted by over thirty dealers. In a week when the auction houses throw spaghetti at the wall to see what sticks (about 67% this July), the private dealers make their case by exercising taste and scholarship, putting on exhibitions with passion and patience. In these exhibitions, objects of real quality can be bought for well under $100,000. It isn’t just a masterpiece market.

Three exhibitions in particular caught my eye. First among them was Stephen Ongpin’s ‘Drawings by Giovanni Battista and Domenico Tiepolo’. Described to me by Stephen as ‘a labour of love’, the passion showed. The exhibition, comprising of 22 sheets displayed almost every aspect of their draughtsmanship (it missed a Domenico Pulchinello drawing), from red-chalk head studies, drapery studies to fully realized compositions by both father and son.

For me an exceptional sheet was the ex-Taubman early Saint Anthony of Padua and the Miracle of the Miser’s Heart by Giovanni Battista (fig. 2). Executed in pen and black ink in confidently hatched, diagonal strokes, dramatically lit and filled with mysterious emblems such as the skull and crossbones on the raised candelabra it reminded one of Tiepolo’s enigmatic Scherzi prints. Giovanni Battista was also represented with some amusing caricatures, a rapidly brushed Landscape with Roofs which has the immediacy of a nineteenth-century plein air sketch. The intensity of the knotted brows of red-chalk Head of a Bearded Man (fig. 3), while archetypically Tiepolo, recalls the studies over a century earlier by Rubens and his circle.

Domenico is represented with 12 sheets, including two charming ones of animals, two from the Centaur Series, and three of the Large Biblical Sheets. Of the latter, the Resurrection of Christ (fig. 4) with its brilliant use of white paper left in reserve to convey the flash of light at the moment of Christ’s ascent from the tomb is a breathtaking tour de force of pictorial draughtsmanship. 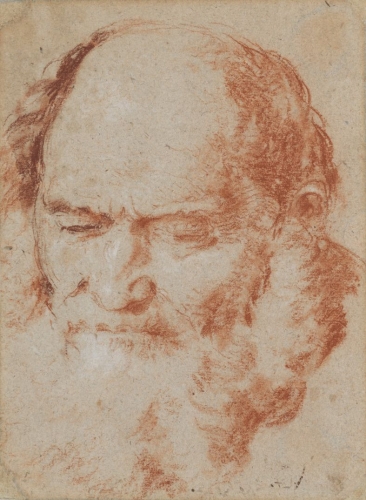 Close by, at the Tomasso Brothers’ elegant new gallery on Jermyn Street, was an exhibition devoted to the work of another great Venetian eighteenth-century artist, ‘Canova and his Legacy’. Stepping into the galleries, one encountered the full repertory of neo-classical subjects, Cupid, Psyche, nymphs, bacchante, Greek heroes, and portraits. The exhibition traces Canova’s legacy from his own lifetime to that of his pupils and followers. Canova died in 1822, but his influence lived on, Cincinnato Baruzzi dies in 1878. Of particular interest in this stylish and sustained exhibition is the number of works by British sculptors of great refinement, among them Richard Wyatt, John Gibson, and Sir Francis Chantrey.

Seeing a large group of gleaming white, marble sculptures of mythological figures with impeccable profiles and enviable physiques brings to mind, as their authors would have intended, the collections of antique sculptures which had been assembled all over Europe, but especially in Rome.  But the inclusion of portraiture with faces very much of their time was a reminder that this was a period with a definite character of its own. The portrait of Prince Francis Xavier of Saxony by Domenico Cardelli is a magnificent example, a supremely intense characterization which exudes uncompromising power.

The highpoint of the exhibition, for me, top-lit by natural light at the end of the gallery, emphasizing the frigid whiteness of the material, are the two plasters of Paris and Helen (fig. 5 and 6) executed in Canova’s atelier in 1812. While Canova, who executed many plasters himself, is not thought to have touched these pieces, they fully convey his spirit and his invention. We see how Canova takes the aesthetic of antiquity as a starting point and then adds a knowing sweetness and sensuality which is most definitely a product of Revolutionary Europe, the time of Byron, Emma Hamilton, and Vigée Le Brun. 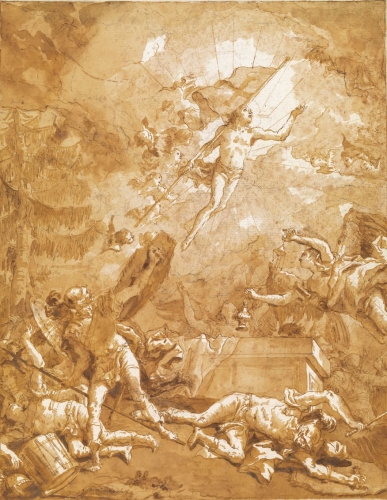 Another exhibition which I very much enjoyed was ‘The Romantics to Rodin’, a small show of French nineteenth-century sculpture at the Daniel Katz Gallery. Although it included some works by artists of the first tier such as Gericault (I never realized he was a sculptor) and Rodin, some of the most interesting works were by more unexpected figures. Especially memorable was the caricature of the violinist Paganini by Dantan Jeune and a bizarre bronze tower of acrobats by the artist Gustave Doré (fig. 7), apparently himself an accomplished acrobat who often cartwheeled into social gatherings.

All three exhibitions were accompanied by beautifully produced, scholarly catalogues. The Canova catalogue, in particular, is a thing of beauty in its own right. What a wonderful idea to illustrate everything in shades of black and white. All exhibitions close July 28.