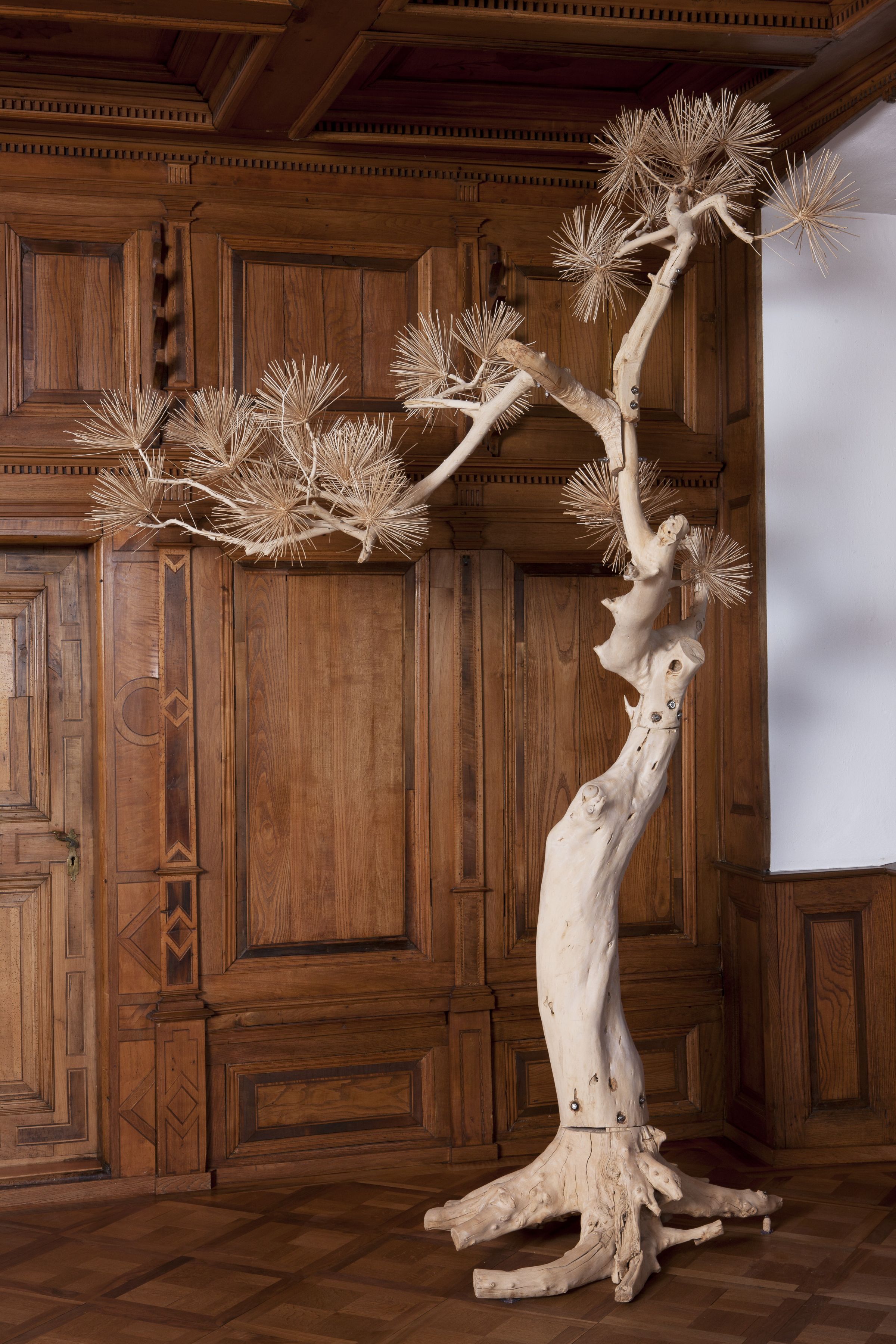 A Typology of Collecting 2.0

"The true collector is an artist, squared. He chooses paintings and hangs them on the wall. In other words, he paints himself a collection.”
— Marcel Duchamp

The softer the science, the more advisable it is to open a subject with an enlightening quote of an authority in the field. Yet in contrast with what Duchamp’s name is commonly associated with, this essay does not attempt to limit or de-limit what art and artist may mean. It also does not analyze whether the roots of collecting may be phylogenetic, whether they originate in human instinct, in greed, in a gaping void, in a desire for refinement and self-cultivation, in the brain stem or from emissions of endorphins. Such subjects are left to ethnologists, psychoanalysts, art historians, neuroscientists and others. This essay simply uses the term collecting to denote accumulating things with a logic, so as to create meaning beyond what the single collection item does contain in itself. The author defines a simple typology of collecting, drawn from comparative viewings of numerous collections, publicly or privately owned, lavishly displayed or under poor conditions, accessible to everyone or presented in secrecy, located all over the planet. 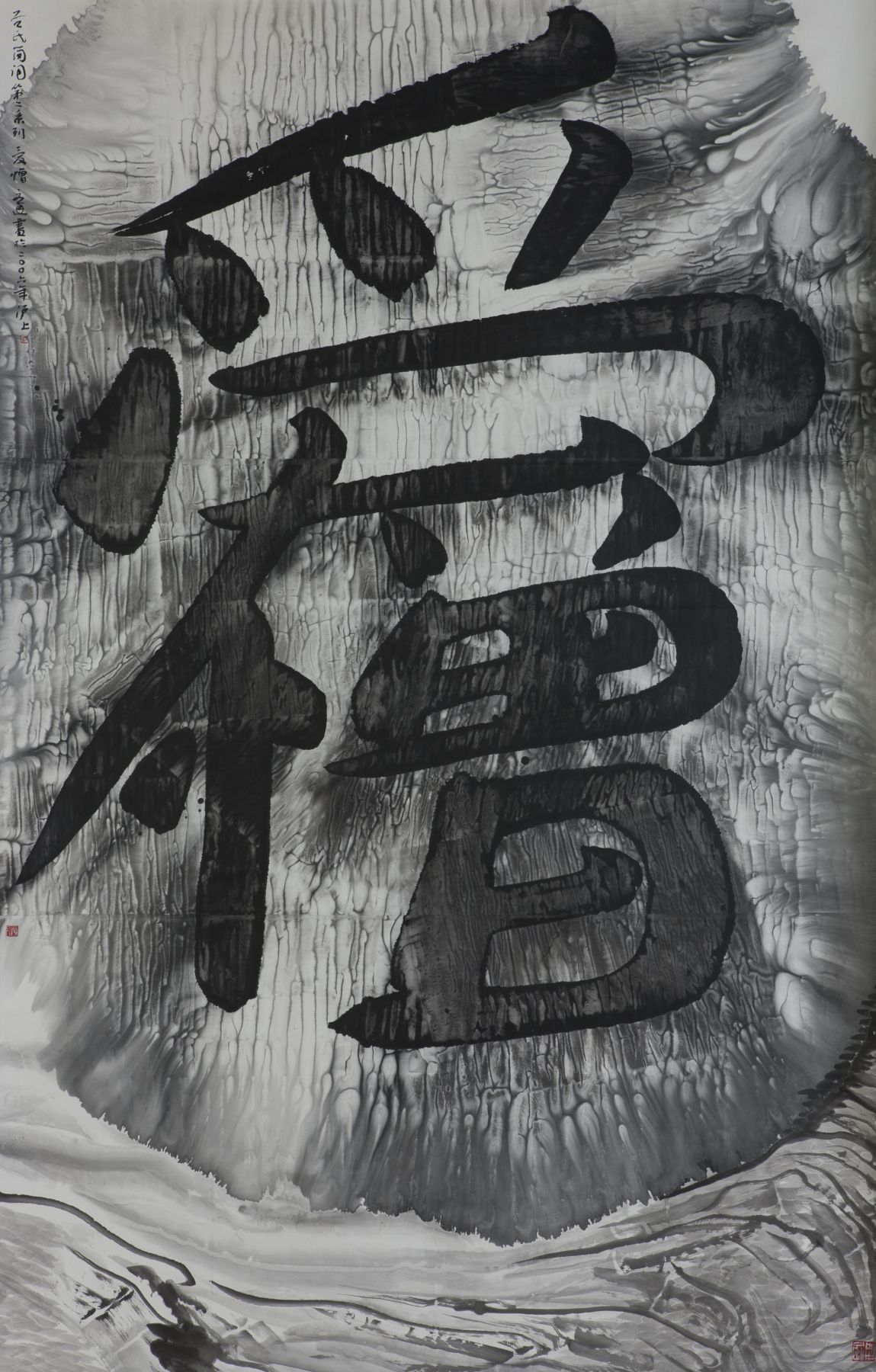 The “I Like art” accumulating style is the most common type practiced among holders of artworks. It is in fact a mere accumulation of artworks kept together by a specific liking, or possibly taste, of a buyer, at least present at the time of acquisition. As a style, it is normal and legitimate. Anyone buying art enters this stage, starting with an empty wall and some money in the pocket. This is the first stage, namely to buy simply what one likes; it is a kind of bracket contained in one’s self rather than a coherent concept. Most buyers remain there, although some with very large accumulations. 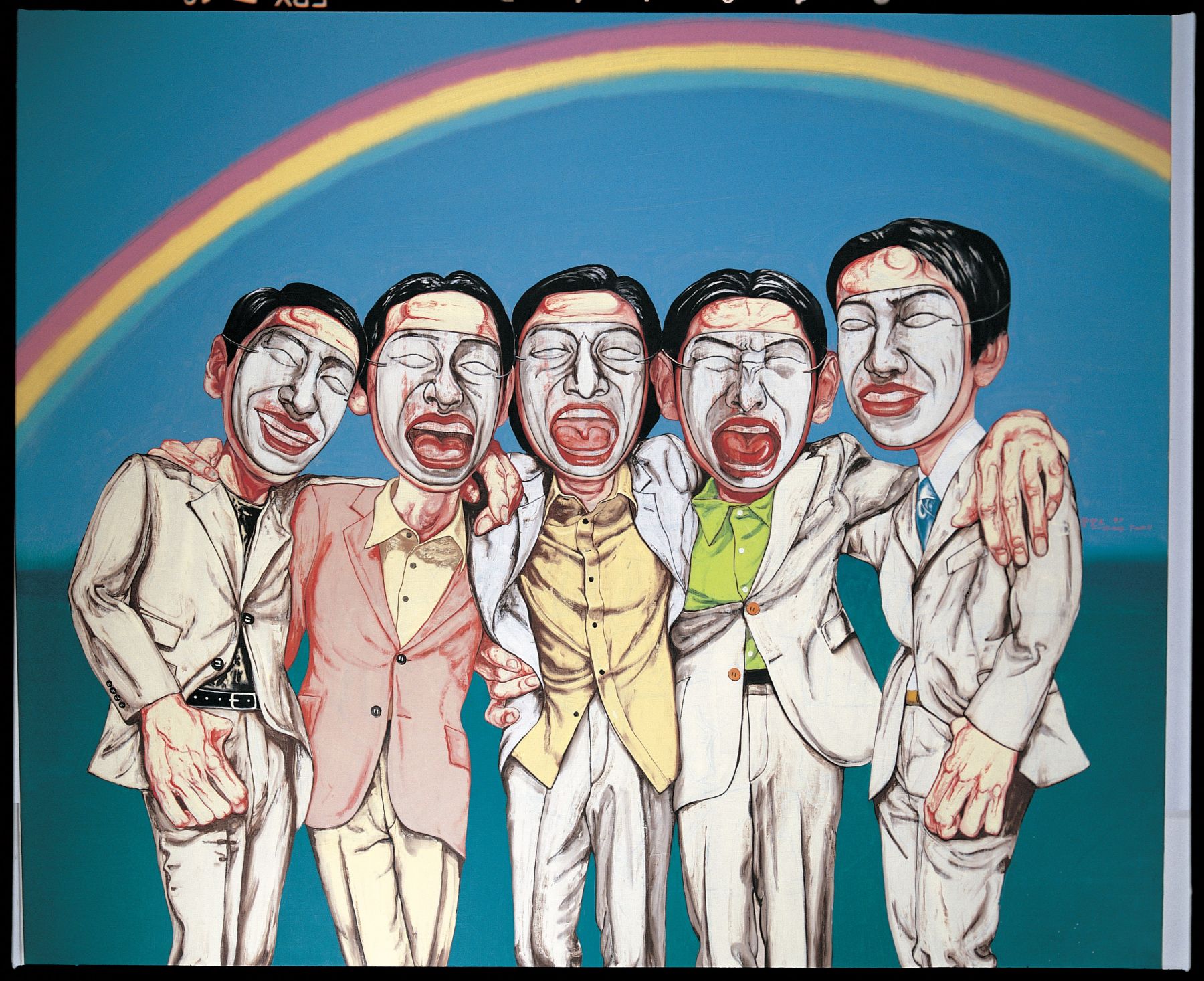 This is self-explanatory, its purpose being clearly Return on Investment. This does not imply a value judgment – all collecting is equally legitimate. This style requires specific market expertise and is usually built with the help of consultants, collecting often by ear rather than by eye. Investor collecting strategies emulate sophisticated patterns known in the financial industry: High risk “Venture” with very young artists or “Early Stage” emerging artists, investment in mature artists with liquid market, big-ticket masterpieces considered safe, and combinations thereof may form a portfolio. 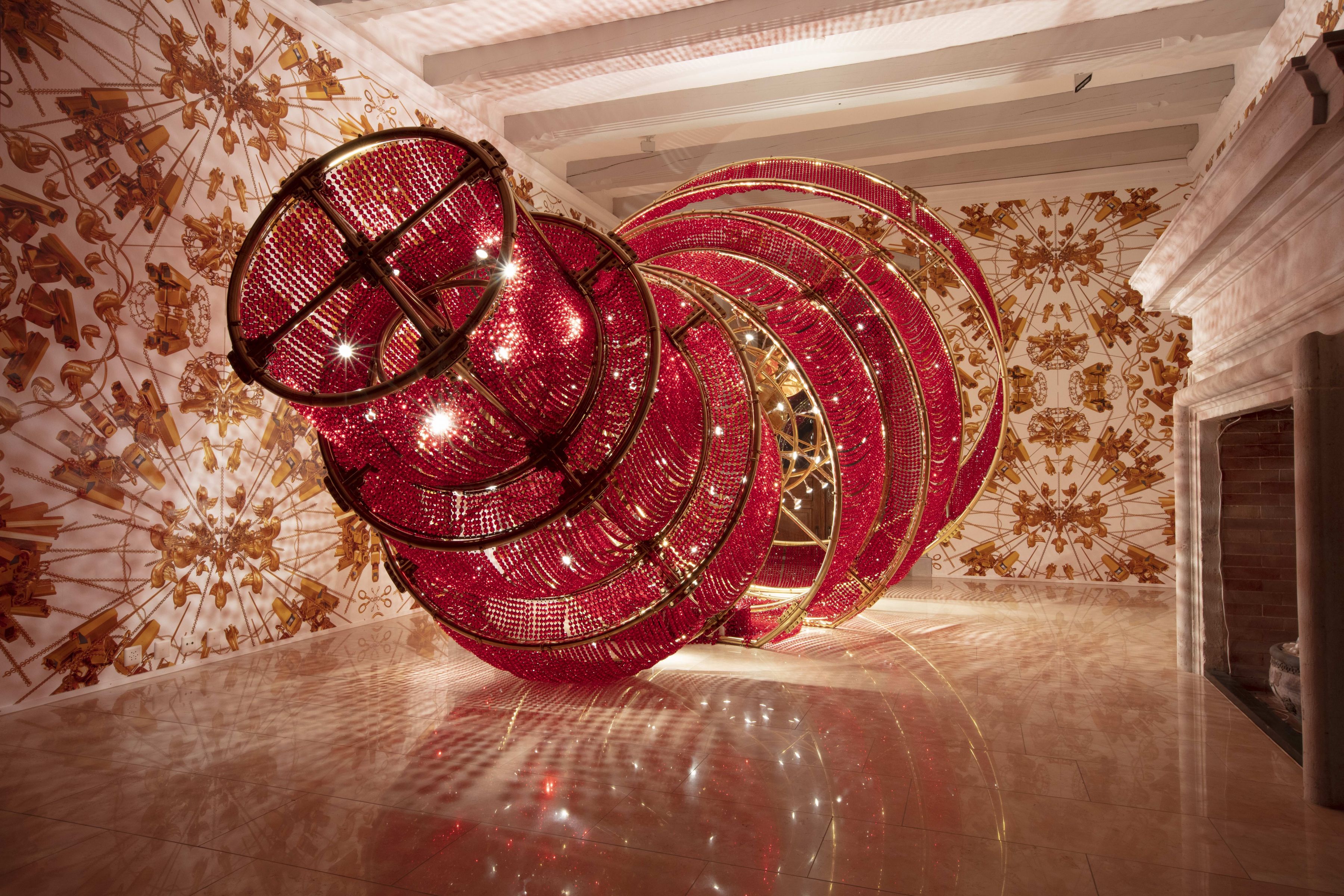 The “Status” collecting is the type that as of now has begun to proliferate worldwide. It gathers the must-haves from the global mainstream formed by the 100 or so artists who appear everywhere, whose names are listed in all the auction catalogs, whose works fill the art fairs, museum exhibitions, ever more the museum collections, and now inevitably many collectors’ homes from New York to Jakarta. While this collecting style may require less thought, it does drain considerable resources and has one resounding effect: that these collections from New York to Jakarta do in the end look very much alike. Between collection visits the discourse can then only be whether this was the larger Richter or that a more rebellious Basquiat compared to the ones viewed in the last location. If Richter and Basquiat are mentioned here, it is not to cast doubt on their being great artists. They cannot be blamed for being everywhere; it is not their fault. But it makes for ever more uniform and therefore monotonous collections. A variant of the “Status” collecting is to accumulate only the so-called masterpieces as defined mainly by auction catalogs. In fact, if gifted with deep pockets and armed with professional advice, anyone can do it. It may even prove to be financially very rewarding if one timely captures the tides of the market favor. In today’s world, this collecting style indeed provides much desired status. It is exclusive in that it allows for easily readable distinction and differentiation from the know-nots within the high society, not to mention from the lowland of the have-nots.

Then there is focused collecting. What is a focus? It is a core idea, a concept, a logic that binds the works which otherwise remain random disconnected dots. It leverages single works to create additional meaning through their togetherness, and therefore advances comprehension. To choose the focus is the crucial decision for any collecting. It is having a focus that marks the difference from just amassing art works. It does not matter what the focus is – to collect only squares, or images of dinosaurs, renaissance drawings, cartoons, a certain atmosphere, certain processes, indeed anything... For any collector, this is a very difficult decision to take since it implies exclusion and discipline in view of things very tempting. Nevertheless, it gives a collection a distinct character and what we may sense as soul. 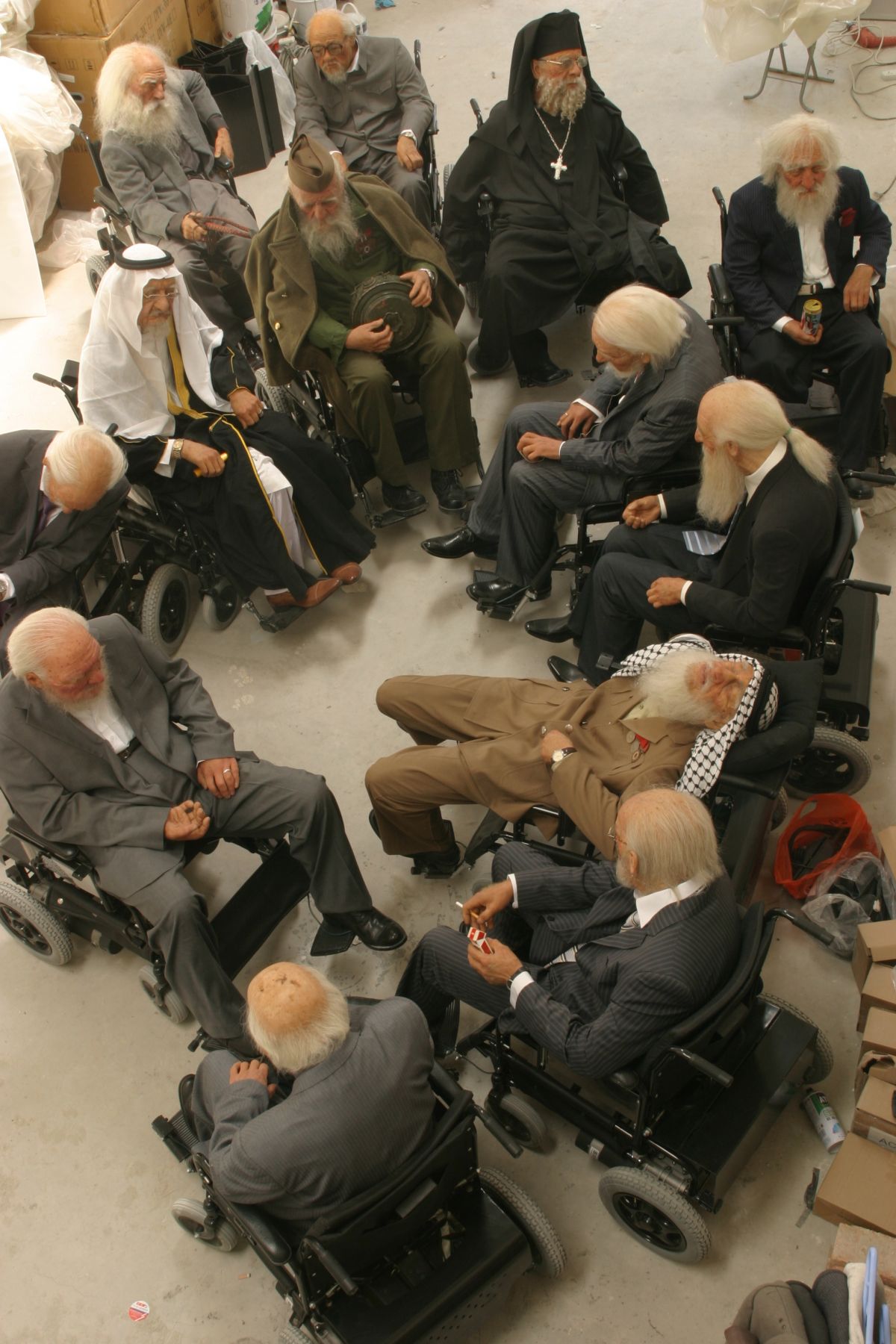 If one wants to perceive collecting as an iterative process, or if one would even want to construct a hierarchy amongst collecting styles, then the most complex way is weaving a collection as a web. That is to say, having decided on a focus, to collect works which web the fullest context; with works shedding light on, explaining and opening up further spaces for this core idea, to best represent and illustrate it. Thus, works are charging each other up, in ways they could not have when isolated from this context. And very importantly, it is not simply about lining up masterpieces like a string of pearls. Masterpieces indeed, but in contemporary art attributions as such come and go; there is nothing older or more outdated than an auction catalog of fifteen years of age. “Web” collecting is just as much about finding the pieces which may go unattended, or ascribed to artists considered second tier at times - which in itself is subject to change over time - to fill the perception gaps, to narrate the underlying subtexts and to ultimately bring a collection to the fore.

Still, to do full justice to a collector remains futile. One would need to know in depth about the collecting process and the full potential of the collection universe available to a collector, then one would also need to consider the constraints. Which research efforts were undertaken and which were not? What were the works available for choice at a given moment and which works were not selected? What financial resources were available to achieve the actual result? Where those failures made invisible rest, what are they, and how numerous? And many more issues…

Every collection is a process materialized. It is a distillate of the collector’s vision, imagination, intuition and passion, of research efforts, of the opportunities seized, of the resources made available, of hard work, and of the lack thereof: after all truly similar to an artist’s work. Duchamp may have gotten it right. 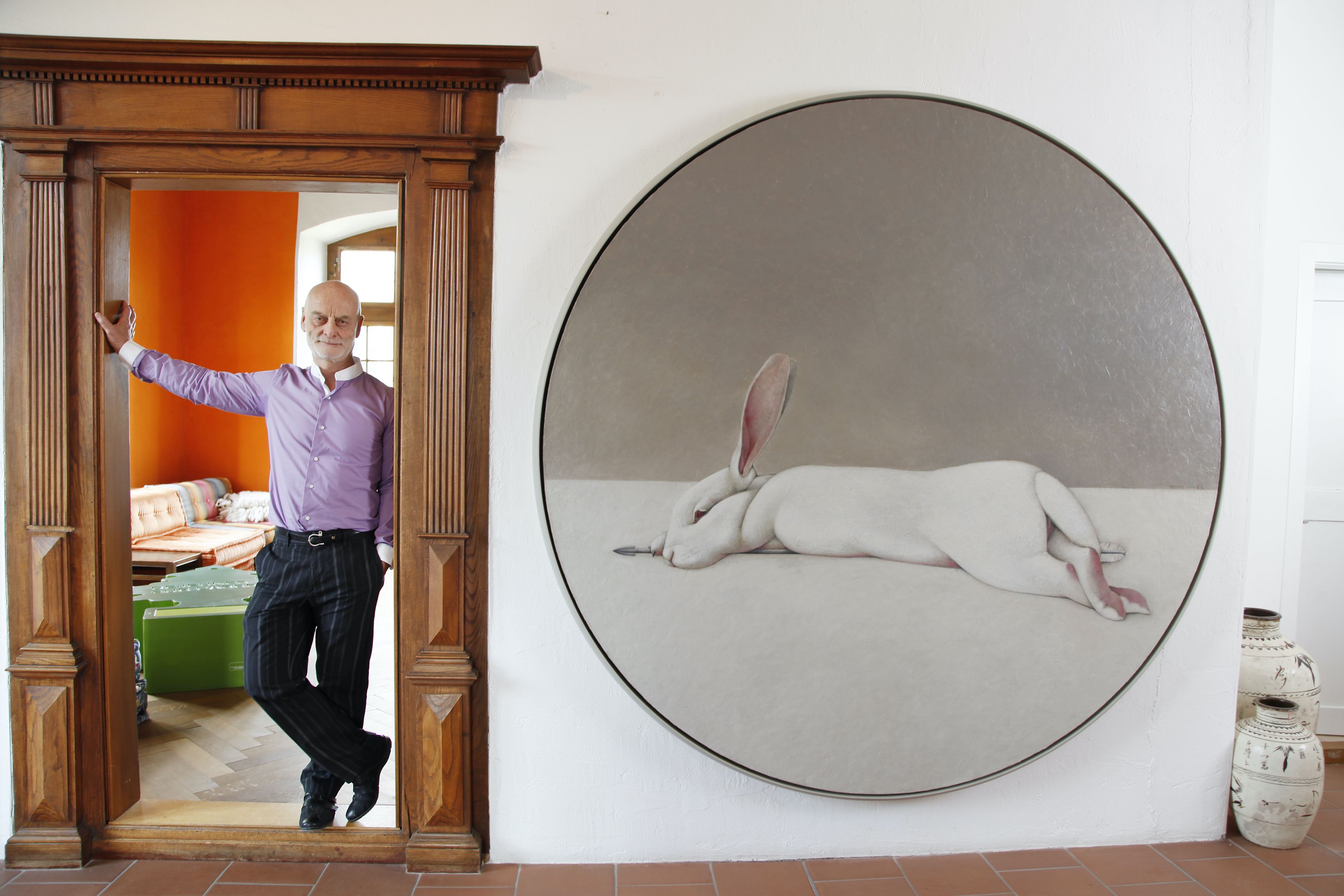 Web Collecting again - and how I got there

I arrived in China in 1979 and followed from then on the beginnings and subsequent development of Chinese contemporary art as best I could. Yet I did not collect any work then, for I was looking for the forefront of contemporary art as I had studied it in the West, and for long I could not find art of this kind. When again analyzing the state of contemporary art in the 1990s I discovered that no one - individual or institution - had been collecting Chinese contemporary art in any but a purely random manner. Consequently,  I changed my focus from that of a private collector searching for works according to his personal taste to one I imagined a national institution ought to have: attempting to mirror the art production of the experimental artists living in the PRC, along the time line and across all media, intended as an encyclopedic documentation referencing Chinese experimental art production in this specific period. The Sigg Collection should invite a critical reflection on the short history of contemporary art in China and cultivate lucid insights into Chinese society in a historical period that in retrospect will be considered very important. While collecting around 2600 works by some 500 artists mostly from the artists themselves I had to continuously hone my collecting style - defining and redefining subjective and objective criteria, identifying my blind spots, luckily being disciplined by limited financial resources.

In 2012 I gave 1510 works to the M+ Museum for Visual Culture in Hongkong - to create that one place where the story line of Chinese contemporary art can be read. It will open in 2021 and hopefully you all will join! 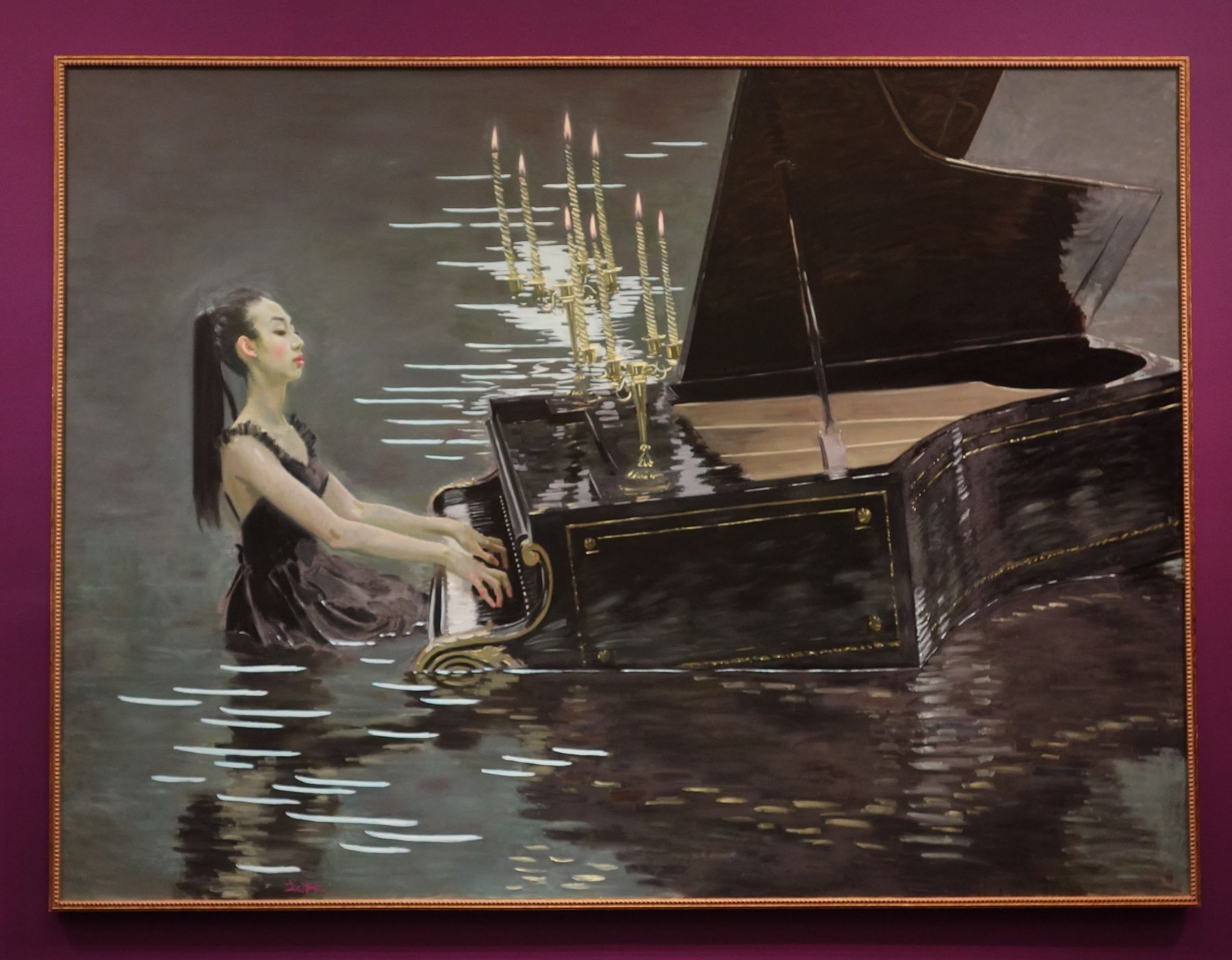 One more digression from collecting on the "web"

Since several years ago I have been making online acquisitions of artworks – even in the realm of 6-digit figures if I am familiar with an artists’ work. I feel quite safe in the two-dimensional space. For a large installation, I may require more visual information than a simple photo or computer rendering may provide. In fact, it has always been the case that for commissioned works one depends on the virtual – since the work at the time of decision does not yet exist. That is where the risk is – I have also been disappointed at times. An interesting example is the large painting by Zhao Bandi: we organized a performance of a piano player performing Chopin in a small pond – as a metaphor of where one could imagine China to be – with the intention of producing a painting thereof. Here you see the final result after many online interactions: China Party, 2017 (290 x 390cm). 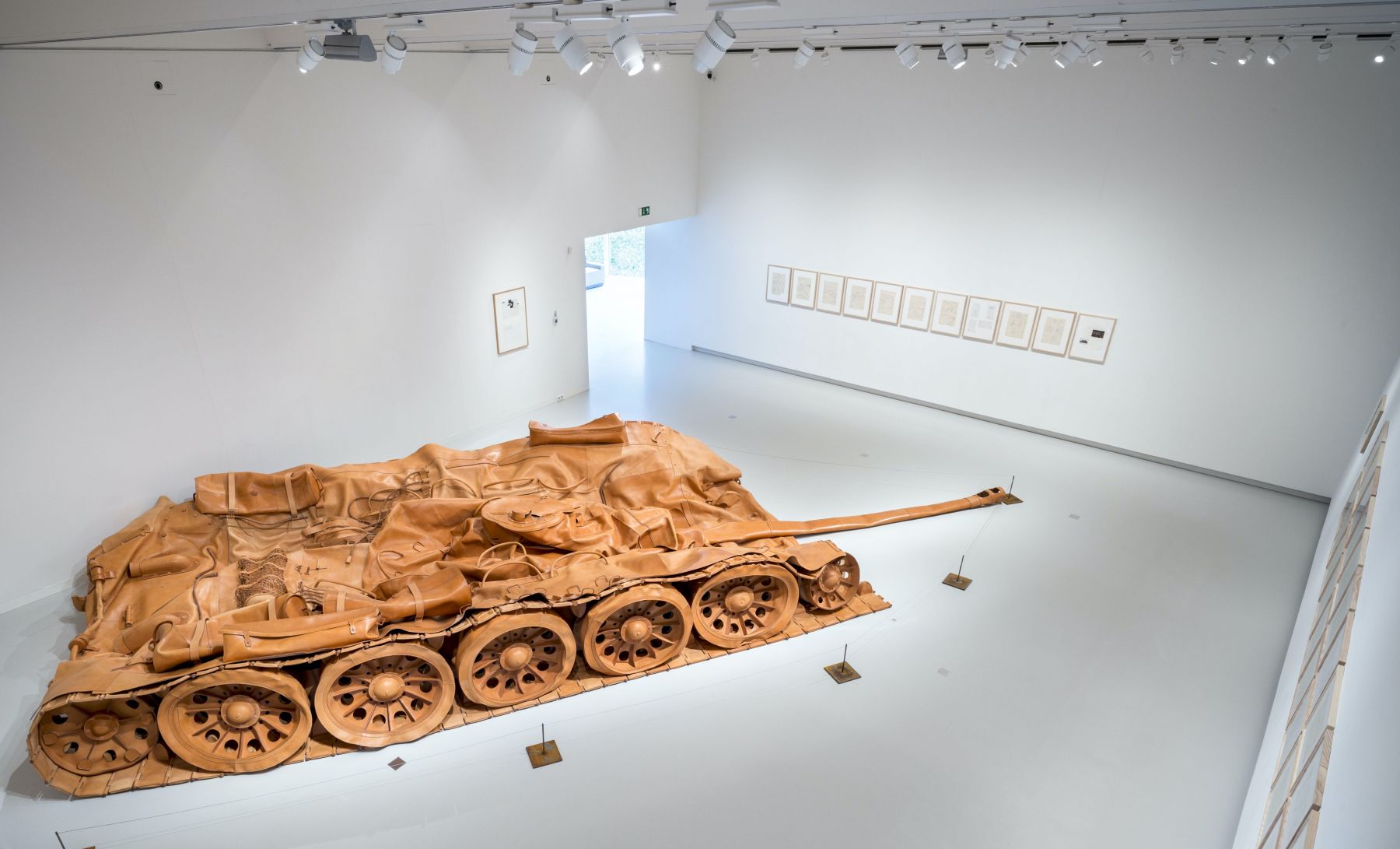 Uli Sigg has worked as journalist and editor for various Swiss newspapers and magazines. From 1977 to 1990, he was part of an industrial group. In 1980, he established the first Joint Venture between China and the West. In 1995, the Swiss federal government appointed him ambassador to China, North Korea and Mongolia. Upon his return to Switzerland, he again assumed the chairmanship or board membership of several multinational companies. As an art collector, Uli Sigg has formed the most substantial collection of contemporary Chinese art in the world, with more than 2’500 works. In 2012, he donated 1450 of these works and sold 50 of them to M+ Museum for Visual Arts in Hong Kong. He also established 1997 the Chinese Contemporary Art Award (CCAA) for Chinese contemporary artists living in Greater China, and the CCAA Art Critic Award, with the former having been transformed into the SIGG PRIZE, hosted by the M+ Museum. He is a member of the M+ Museum Board, the International Council of New York Modern Art Museum MOMA and International Advisory Council of Tate Gallery, London.